Trump paid hardly any tax for more than a decade

by Inside Network
in Business

A recent report published by the New York Times revealed that President Donald Trump has avoided paying the federal income tax for ten of the last fifteen years. It further highlighted that he has paid these taxes amounting to $750 in 2016 and 2017. Accordingly, Trump avoided these taxes “because he reported losing much more money than he made.” The NYT previously obtained a wide range of tax-return data from Trump and his companies after he refused to reveal this information publicly. This refusal initiated an ongoing legal document to gain access to them.

The documents obtained by the NYT span over twenty years and include “detailed information from his first two years in office.” The report further highlighted that Trump’s ongoing tax avoidance could be attributed to writing up his spending for personal expenses and family businesses. It also highlighted his reliance on a tax refund of $72.9 million. This refund is currently under audit by the Internal Revenue Service, and there is $100 million on the line in the current audit battle.

The report was published just two days before former Vice President Joe Biden and Trump’s first general election debate for 2020. Currently, Biden has not commented on the matter. The NYT also reported that most of Trump’s money comes from his golf properties in Ireland and Scotland, although he received an additional $3 million from the Philippines, $1 million from Turkey, and $2.3 million from India.

The report also highlighted significant losses amongst Trump’s business operations, including $315.6 millions of reported losses from his golf courses and $55.5 million losses in his Washington DC hotel since it was established in 2016.

According to the report, Trump has taken $73 million from foreign services. On the other hand, these tax records do not highlight any previously unknown ties to Russia, which have garnered much attention. Further adding attention to Trump’s personal finances, the report highlighted that the President is responsible for a more than $420 million debt, the majority of which is due in the next four years.

Fake news according to Trump

Soon after the report was published, Trump called the information “fake news” at a White House news conference. The Trump Organization’s lawyer, Alan Garten, responded but stated that the majority, if not all, of the facts in the report “appear to be inaccurate.”  He further added that “Over the past decade, President Trump has paid tens of millions of dollars in personal taxes to the federal government, including paying millions in personal taxes since announcing his candidacy in 2015.”

The NYT has promised more reports in the series with further stories being published in the future as the election grows closer. Two of the reporters behind the story won the Pulitzer Prize in 2019 for their work on an investigation into Trump’s finances based on his previous tax records. Whatever information future reports reveal, they’ll definitely be interesting given the current political landscape amid the 2020 US General Election. 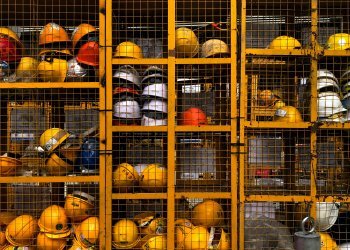 7 Ways You Can Benefit From Instagram As A Student