In September, Google announced opening its Local Services Ads (LSAs) to auction-based pricing after a series of successful tests in subsets of professional services categories. Google will notify all eligible advertisers, and a proportion of the advertisers on the growing list of LSA categories will be able to access the bidding through a beta test. If they are eligible to participate in the program, they will be notified by the company. If this extensive beta test yields positive results for Google and advertisers, both bidding will probably become more widely available next year in 2021.

Advertisers shortlisted for the LSA don’t necessarily have to participate and can choose to use fixed pricing if they want. In 2015, a simple version of LSA was launched, offering fixed cost per lead pricing. Google set the pricing with the amount varying according to geography and industry vertical. Depending on the advertiser’s choice, they can choose to receive delivered leads through messages, calls, or appointment bookings.

To participate in Google LSAs, advertisers must either be Google Screened or Google Guaranteed, both of which involve background checks, licensing and insurance checks. One of the most significant benefits LSA offers is that they come right at the top of search results, which is above the Map Pack and above the traditional ads. They explicitly feature the trust sign of Google Screened or Google Guaranteed and reviews. Whereas Google hasn’t released any LSA information, the evidence suggests these ads are doing quite well.

The company has also highlighted testimonials regarding the success of LSAs. Cleve Gaddis, a realtor, said, “Local Services Ads has produced leads which convert at a much higher rate than most of our other sources, generating a 10X return on investment within the first six months of use. I highly recommend using Local Service Ads; it’s helped us stand out against our competition and the leads we’re getting convert at a rate up to four times higher than our typical lead sources.”

With this auction-based pricing, advertisers can now set just one bid, regardless of the type of lead. This means that advertisers need to bid the same value for booking, call, or message. If an advertiser operates in multiple various verticals,  as many in the home service industry do, they can bid for every vertical separately, such as a general contractor or roofer.

This development is interesting since, as these LSAs become increasingly competitive, there will be a rise in demand to stand out. This is evident by how a handful of categories have various Google Guaranteed advertisers. Still, there’s a limit for three advertisers on the page with the remaining appearing on a list that’s one page down.

According to Google, this bidding will allow advertisers to increase control with flexibility for those willing to pay more. As an increasing number of advertisers participating in the program, the competition will increase, and Google’s revenue will grow.

10 Tips That Will Help You Generate Medicare Leads 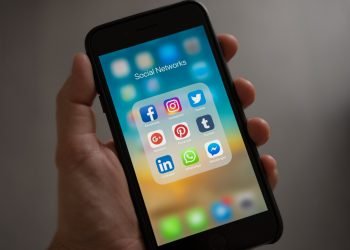